The limited-edition shoe will go on sale June 23

The collaboration with the restaurant hopes to celebrate community-focused culinary hotspots in cities around the world, the brand announced on Tuesday. Adidas Originals‘ “adilicious” sneaker series has announced the launch of the “SUPERSTAR RAVI” sneakers on June 14th. The limited-edition shoes will be available from June 23 in stores across Dubai.

The brand also released a promotional campaign on its social media on Tuesday.

The design of the shoes tells the story of each restaurant that is part of the campaign. It pays tribute to the places and people who play an essential role in the fabric of their communities. 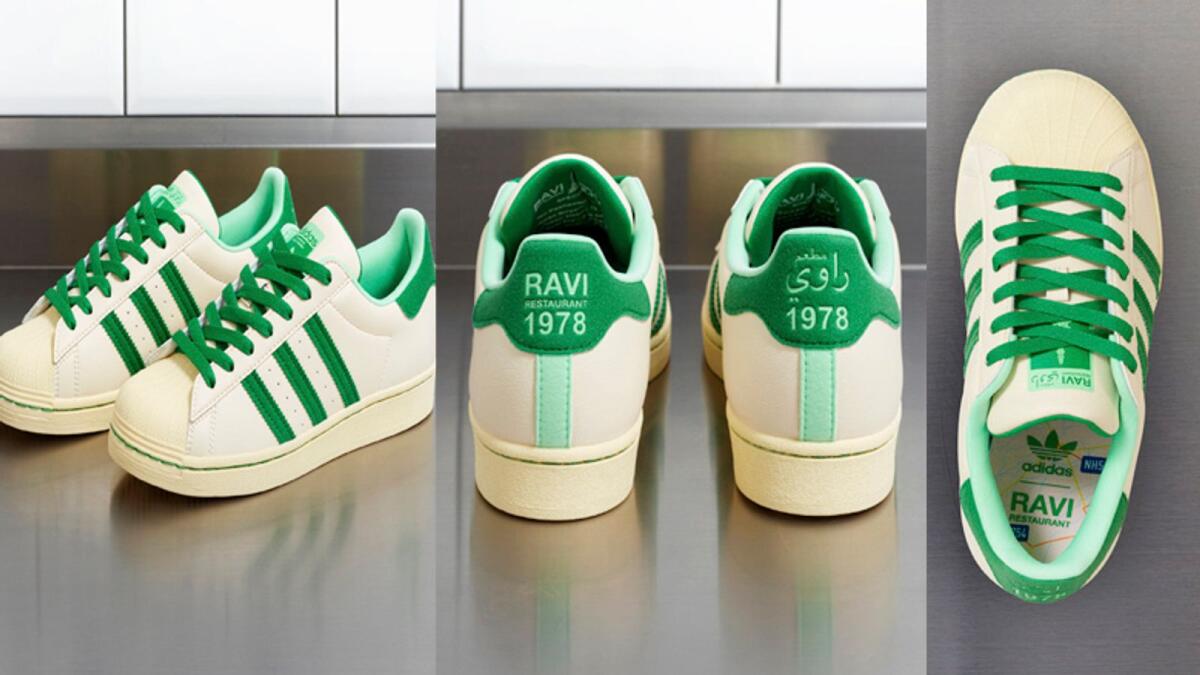 Founded in Dubai as a family business in 1978 by Chaudary Abdul Hameed, Ravi Restaurant has served as a hub for diasporic and local families, friends and creative communities. 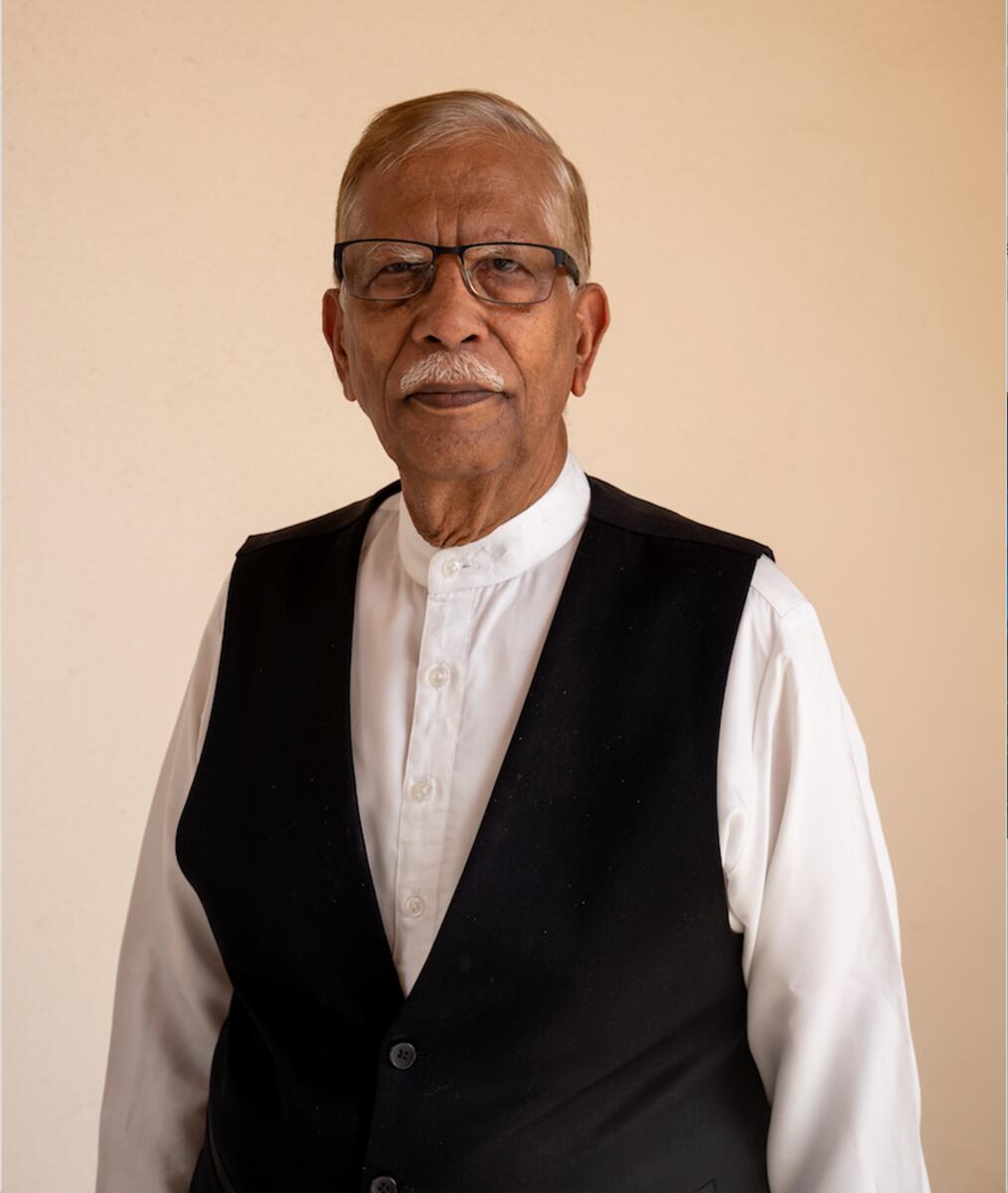 Today, the culinary destination is a hotspot for tourists, locals, expats, and celebrities, including Snoop Dogg, Bollywood stars, world-renowned cricketers, One Republic, and Craig David, among others.

The colorway of the SUPERSTAR RAVI Special Edition references the owners’ Pakistani heritage. It features a personalized sock liner with a hand-drawn map design signifying the meaning of the name Ravi, which means “river”, which is found in the northeast of Pakistan. 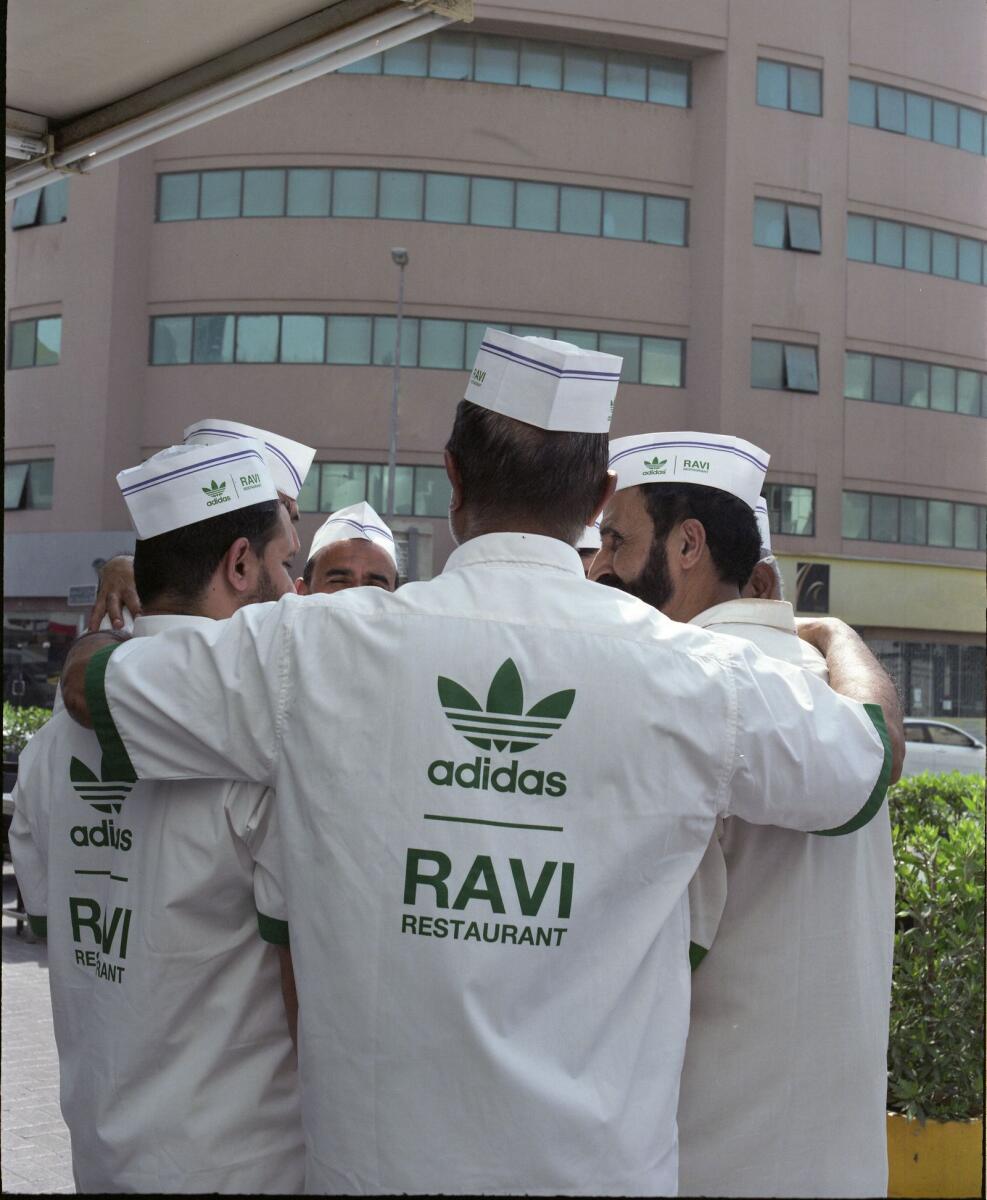 Heel tab branding includes Ravi’s opening year alongside the English and Arabic name on either shoe and three sets of laces. “The restaurateurs hand-selected six signature dishes which were added to the language of the sneakers with English on one side and Arabic on the other. Each pair of shoes comes in a take-out style box as a special edition and comes with a tear-off label with the restaurant’s logo,” the brand said.

“My family has worked so hard to get Ravi to where he is now, and it has become more than just a restaurant with staff and customers; it has become a home that many have grown up with. To say that Ravi had humble beginnings and now represents Dubai as a key city with Adidas is a milestone to celebrate,” said Ravi founder Chaudary Abdul Hameed.